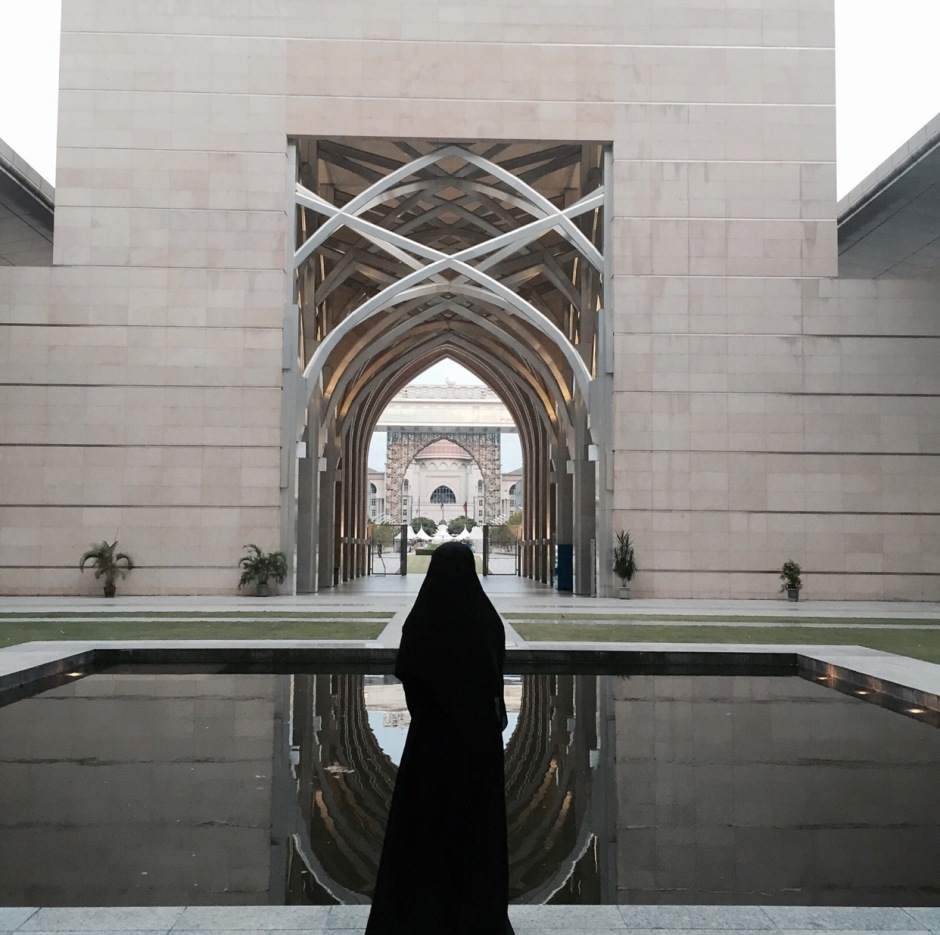 People have viewed me a certain way. They have preconceived notions about me that I have seldom been able to change. My existence is always up for debate. There’s this idea people have of how Muslim women should behave and dress; everyone’s idea is different. You’ll get a different response depending on whom you ask. Regardless, the overall idea is that Muslim women who choose to work are modernized. Which is a very ignorant and untrue ideology to have.

I have gotten into debates about certain matters regarding Muslim women and their roles and rights in Islam. I have been called confused and “modernized” for believing that Muslim women innately hold so much power and strength in Islam. I have been told that I have a “new and cool” outlook on Islam, even though my side of the debate consists of knowledge from the Quran, hadiths, and Islamic history. Yet I have told that I do not know anything about certain matters. The problem here? Culture, not religion. Personal opinions and tradition seem to outweigh sound factual evidence.

Throughout its history, Islam has always had strong Muslim women who serve as role models that we should all strive to follow. Khadijah (RA) was the first Muslim woman ever and is referred to as the “Mother of the believers.” The general knowledge most have about Khadijah (RA) is that she was the wife of Prophet Muhammad (SAW), the first individual to accept Islam, and a successful businesswoman. These are all great and true qualities, but there’s an even greater depth to her life and character that truly has changed the course of Islam in a significant way. She was a strong, independent woman who was a prosperous businesswoman. At the time, businesses were very male-dominated, but she still conquered the industry without compromising her modesty. Even when Khadijah (RA) got married, she still persisted in her businesses and it was never an issue.

Khadijah (RA) was initially married to a man who belonged to the Quraysh, which was the tribe that was fiercely against the Prophet Muhammad and the revelations he received. Despite being a part of that group, Khadijah had a mind of her own. When she became a widow, she was introduced to Prophet Muhammad. She was drawn to Prophet Muhammad because of his honesty and truthfulness amongst so much doubt and skepticism around him. She sought after him and she was supported in having the right of doing so. Today, when there is a decent marriage proposal for a girl there are people in her life that will insist on her marrying that man, whether she likes him or not. Women aren’t allowed to be “picky” because, according to society, no one will want to marry her. There are unspoken rules about marriage cross-culturally. Many believe a woman’s role within a marriage is to stay at home, take care of the children, cook, clean, and solely depend on her husband for any other needs, while the husband shouldn’t really depend on his wife for much. There is also this overarching notion that a woman should be younger than her husband and only men should seek out proposals from women. When we take a look at one of our biggest role models, Khadijah (RA), these “rules” were nonexistent. She continued her trades even after marrying the prophet (SAW) and she was 15 years older than him. Despite “breaking” these rules that society believes so strongly in, their love story was the truest and purest.

Prophet Muhammad (SAW) had many people who not only disliked him, but were strongly against everything that he would think, say, and believe. Khadijah (RA) was different. She didn’t follow a certain group or the way they thought, regardless of if it was the popular opinion. Khadijah (RA) was one of four strong women in our history who perfected her iman (faith) well before the revelation of salah, hajj, and most of the rules and legislations of Islam. Many might think that is an impossible statement to say, but if you understand who Khadijah (RA) was, it becomes more apparent. She managed to perfect her faith through her rich character. Good character is good iman. Khadijah (RA) was the most loyal person in the Prophet Muhammad’s life. There was never an instance where she became impatient with him if anything she encouraged the prophet (SAW) to listen to his heart and what Allah (SWT) was telling him. When the Prophet Muhammad (SAW) had bestowed upon him the love for isolation and seclusion, he began to go to Hira to contemplate, Khadijah never once questioned him on why he would be away from home for so long or why he’s being so emotionally distant. Instead, she deeply supported him and helped him on his journey. When the Prophet Muhammad would wake up in the middle of the night and pray, she would stand right beside him and pray with him. She reassured and supported him emotionally and spiritually in a way that was unmatched. She was with the prophet (SAW) and believed in everything he was. It’s also so important to note that the prophet (SAW) never felt ashamed to lean on Khadijah. Whether it was for emotional, financial, or spiritual support, he knew Khadijah was strong and faithful. They had a powerful relationship because they entrusted and were undeniably loyal to each other. There was not even a single instance where they were in an argument or fight. They truly were the ideal marriage.

There are so many amazing concepts and teachings to learn from Islam and it’s history. Often times we hear about significant events or people, but it’s more in passing. We know the gist of some concepts, people, or moments, but our knowledge is stagnant. It’s a disgrace that in modern times, many people do not seek out true Islamic knowledge and history. Our history outlines not only the rights of each individual but also how we must strive to perfect and reflect on our own character.