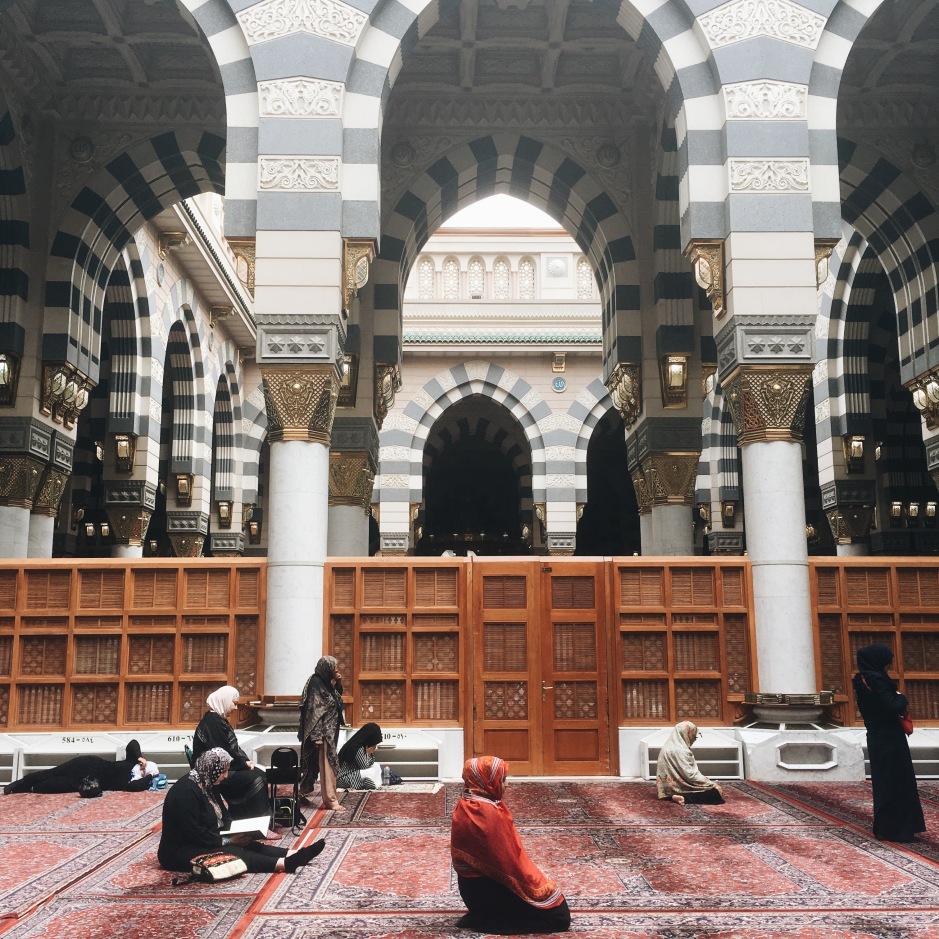 For as long as I can remember I’ve always heard that women are oppressed in Islam, but I’ve always known that isn’t the case.
The Quran was revealed at a time when baby girls were being killed or buried alive just for being girls. During this time of ignorance, Allah (SWT) sent down clear verses that expressed the absolute importance of women. Islam gave the right to education, work, own and sell property, seek protection by the law, vote, participate in civic and political matters, marry someone of their choice, retain their identity after marriage (keep their last name), and to divorce, to name a few. Western societies wouldn’t give these rights to women until many, many years later. Islam taught me how important women are and what a pivotal role they play in society.
Islam gives mothers the highest of status; the Quran mentions the sacrifices mothers make while bearing and raising children. Life literally comes from a woman, similarly how Allah (SWT) is the giver of all life. Respecting your mother is reiterated over and over in Islam. On many accounts, the Prophet Muhammad (PBUH) spoke about how important it is to respect your mother (and women in general). The two most well-known quotes from the Prophet (PBUH) regarding mothers are, “Heaven lies under the feet of your mother” and when asked, “Who is the most worthy of my good companionship?” The Prophet (PBUH) replied “your mother” three times before saying “your father.” It’s no question that if we have any doubts about the place of women in Islam, we look to the Quran, and if we want more clarification on how we can ideally implement the Quran in our lives, we must look at the Prophet Muhammad’s (PBUH) lifestyle and characteristics.
Islam gave women the right to choose her spouse; she has the right to accept or deny marriage proposals and the marriage cannot be official without her approval. In many cultures where young women and girls are forced into marriages, Islam gives them the right to deny. Although it literally cannot be more clear through the Quran, many societies believe in stripping all rights from women. We must remember that although many of these societies are in Muslim majority countries, treating women with disrespect is not from Islam, but rather an upkeep of ignorant cultural traditions that hold no true virtue. In Islam, the women don’t have to change their last name after they get married; they are allowed to keep their identity. The Prophet (PBUH) is the best example to study when it comes to anything, but especially how one should treat their wife. He respected his wife and often turned to her for advice. He never raised his voice or his hand to any woman, let alone his partner. He said “the best of you are those who are best to their wives” and “what is yours (the husband) is hers (the wife) and what is hers is hers.”
In the early stages of Islam, women became more and more involved in business. They expressed their opinions freely and they traded in the marketplace. Today, people look at Muslim women and think that because we work and involve ourselves in politics we have become “modern Muslims,” but that isn’t the case at all. From the beginning of Islam, Muslim women have been shattering the glass ceiling. Muslim women being successful in the workforce is not a new thing; Muslim women have been business owners, politicians, doctors, lawyers, activists, homemakers and much more all while maintaining their sense of self and independence.
If you feel that Muslim women are oppressed, ask yourself why and from sources are you basing your opinion on. Many people love to jump to conclusions and say that we need “saving” because we cover our bodies since supposedly that’s what the men in our lives told us to do. If anyone needs saving, it’s those who live in a world where a woman’s entire existence is based upon what she wears. If anyone is being oppressive, it’s the mass society that objectifies women. The only reason why many believe Muslim women are oppressed is because we do not adhere to the hegemonic idea of what women should look like and be. Correct me if I’m wrong, but doesn’t freedom encompass the individual right to choose what we want to wear? In case you were wondering, we wear hijab and dress modestly because we want to and it’s a very personal decision that only concerns Allah (SWT). I know there are places in the world where girls are not being treated justly, but this is a disease within the society and culture, not the religion. Women are oppressed all over the world, in both Muslim and non-Muslim countries. The oppression of women is a global epidemic that is rooted in systemic and internalized patriarchy, not Islam. If you want to know what it means to be a Muslim woman, then study the Quran, study the life and teachings of the Prophet Muhammad (PBUH), and study the women in Islam, both from the past and in the present. When you base your opinions on what you are able to see on the surface, you are not only living in ignorance, but you’re also promoting it.

“To whoever, male or female, does good deeds and has faith, We shall give a good life and reward them according to the best of their actions.” (The Holy Quran 16:97)

Allah (SWT) has said in the Quran many times that He views men and women equally, it is society that doesn’t see us that way.