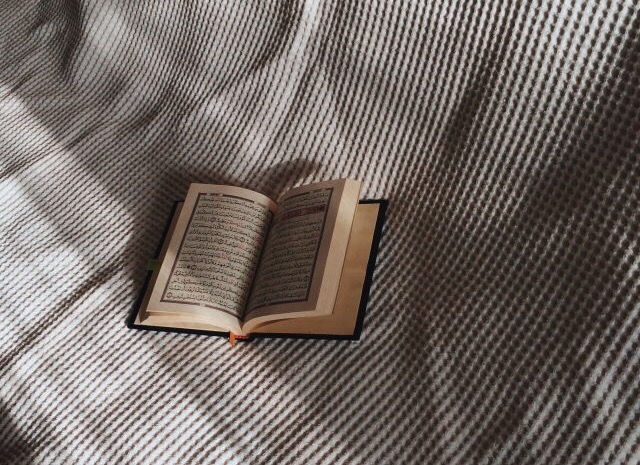 Not everything requires your opinion.

Being a young Muslim in America can be a burden since we live in a society that glorifies drinking, drugs and sex. Movies, songs, tv shows, and all other forms of media, glorify this lifestyle and make it seem like if you aren’t doing these things, then you aren’t really “living.” Even our fellow Muslims have fallen victim to this trap. However, instead of judging or exposing them we should conceal their sins. Advising someone for their haram actions vs. exposing them for it are two very different things. If you find yourself in a situation like this ask your masjid’s imam what you should do to help.

“Whosoever covers (the sins of) a Muslim, Allah covers (his sins) on the Day of Judgment.” (Reported by Bukhari)

Learn to hold your tongue and not assume the worst in our fellow Muslims. Make excuses for them. Make dua for them and hope that they will see the errors in their ways. I know that our instinct is to judge and automatically think that we are better Muslims than them, but that is exactly what the shaytan wants you to think. Vanity is a trait that Allah (SWT) is not fond of. Refrain from having this type of mentality and try to give other people the benefit of the doubt every time.

These are trying times for all of us. Just because you may not be engaging in these outwardly haram behaviors, does not give you the right of passage to go ahead and point fingers at others. If you ever feel the need to put someone on blast for drinking, doing drugs, or free mixing with the opposite sex – here’s a quick tip: don’t. Take a moment to reflect; would the Prophet Muhammad (SAW) act and treat others so harshly? Would he judge people the same way you find yourself judging others? The answer is no. He urged us to advise one another, but in private, and with the utmost sincere intentions. What does that mean? That means that when you decide you need to advise someone, it’s for the sake of Allah (SWT) and not for you to viciously put someone down in order for you to feel more self-righteous. The ultimate goal here is to call people to Islam, not have them run further away from it because they see it as a burden, or that its ‘people’ are ‘too strict’ and ‘harsh.’ Be soft and understanding towards others no matter what. We need to follow the sunnah, the way Prophet Muhammad lived and carried himself.